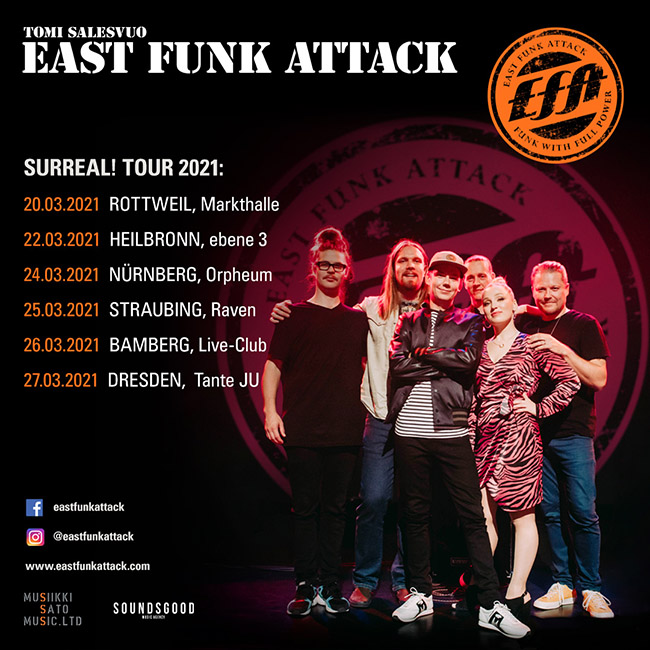 Helsinki based funk band East Funk Attack was founded in 2013. The band, often called “thickly dynamic invasion of funk”, has released two studio albums and one studio live EP. The powerhouse of a group is now releasing new music and music videos from the upcoming third studio album. First two singles “I Feel Surreal” and “Why Don´t You Do It?” saw the daylight in 2019 and more new music is coming out in 2020 while the band is touring again in Germany and Finland. The East Funk Attack band is a sextet led by a drummer and composer Tomi Salesvuo and features the charming singer Taru Ratilainen. Salesvuo leads an amazing line-up of Finnish musicians, brought in from the front line of making sure the funk keeps on thumping!

"Funk Attack! Not too bad idea for the first solo album. - The result is pure Funk package!" - Pertti Laesmaa, Voima

"Salesvuo has done superb songs which some of them have clear hit potential. They are full of funky rhythm which strenght is guaranteed by Maestro Salesvuo himself.”
- Timo Vähäsilta, Jazzrytmit Web Magazine